← Tooth Shrapnel
Our trip to the ER →

Last week was Noah’s 6th birthday.  He’s been talking about his birthday since the day after his 5th birthday last year so, needless to say, he’s been pretty excited as we approached the big day.  The problem with this birthday, however, (and with every birthday for him from now until forever) is that his little brother’s birthday is 5 days before his.

Obviously, this is entirely my fault and it has ruined his life.

The Saturday before his birthday, we threw a huge party at our house for his little brother, Luke.  It was Luke’s very first birthday so it was kind of a big deal. I invited the entire family from out of town.  I also, because I know this is tough on Noah, made sure to invite several kids Noah’s age so that he would have kids to play with while we celebrated his baby brother.

On Sunday, I had all of the out-of-town family over for a special “family party” just for Noah.  We swam, opened presents, ate pizza, and decorated Batman cupcakes.  When all of the family had to leave, Noah declared that this was “the worst birthday ever.”

Shake it off.  He’s tired and full of cake. He expected a giant party at a trampoline park with all of his friends.  Fine.  This will happen eventually.  But, he has an early August birthday. It is damn near impossible to round up all of the friends that he wants.  I promised him a party in September after school starts.  “It will stretch your birthday out a whole month!”  I promised.  This did not do much to soothe his miserable heart.

On Wednesday, his actual birthday comes around. I divided up his presents so he would have some to open before he heads off to camp and some to open at his birthday dinner that night.

He opens the first present.  As he’s tearing the paper, I realize I don’t have my phone.  I wanted to take a picture.  I run into the other room to grab my phone out of my purse, turn around quickly to snap a photo, and BAM.  I smash my phone into Noah’s mouth, almost knocking his loose front tooth out.  Cue the blood.  Cue the tears.

He had run up to me to give me a hug and tell me thank you.  And I (basically) smacked him the face for it. Best mom ever.

After the tears were dried, the blood wiped up, and the rest of the presents opened, he asked me where the cupcakes were to take to his summer camp class.  DAMMIT!!  It never even occurred to me to send cupcakes to summer camp.  Awesome mom award goes to me.

To make up for it, I threw a handful of suckers in his lunch box and told him he could share them with his friends at lunch.  Did I count the suckers to make sure there were enough for everyone?  Nope.  Did he hand them out to a few friends, only to have several friends mad at him and then not have any left over for himself?  Yep.  Was he crying when I picked him up from camp?  Of course he was.

It’s official.  I am the world’s greatest mother.

Okay.  I will redeem myself at dinner.  That night, Noah had specifically requested to go out to eat where he could order waffles.  Awesome.  We went to a local breakfast joint that serves excellent waffles.  Halfway through dinner, Noah stops eating.  When I ask him what’s wrong, he whispers in my ear that he has to poop and we need to leave the restaurant “right now!”  Noah doesn’t poop in public bathrooms so, back home we go. 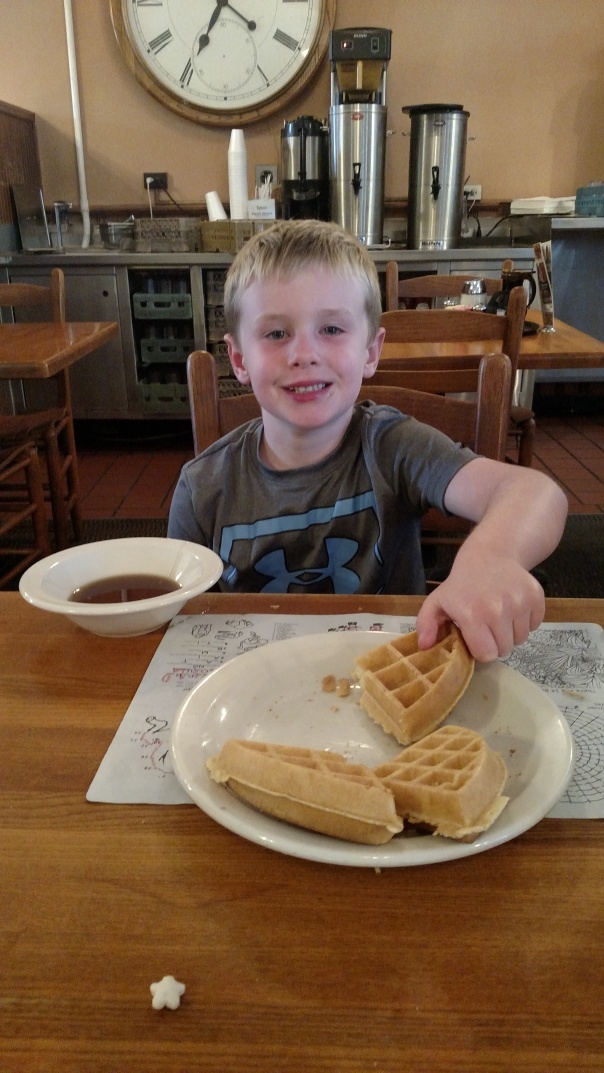 I will do better next year.  I don’t know if it is possible to make it any worse.  Happy birthday Noah! 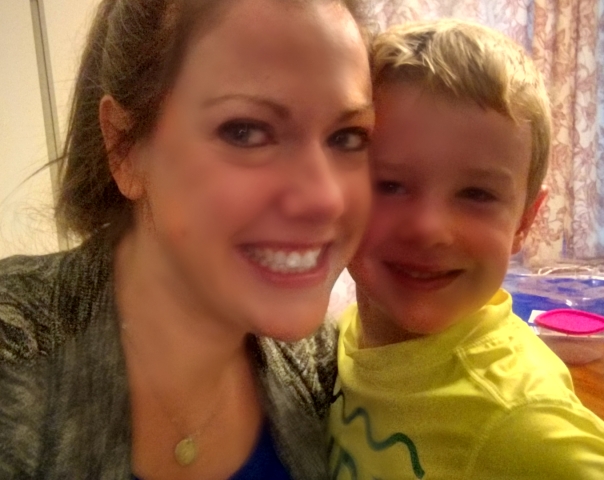 ← Tooth Shrapnel
Our trip to the ER →