Matt and I work very hard to make sure that Noah is growing up in a body-positive environment.  We don’t talk negatively about our bodies, his body, or any other people’s bodies in hopes that he won’t develop any body image issues as he begins to develop.  Or at least give him a strong foundation to build strong self-esteem.

Along with positive self-talk, we also have a “no shame” rule about nudity in our house.  We don’t wander around naked but, we also don’t go out of our way to hide ourselves or cover up when getting out of the shower.  We’ve had all of the talks about privacy, private parts, and about how rules are different in our home than they are in public.  You know, all the standard stuff. 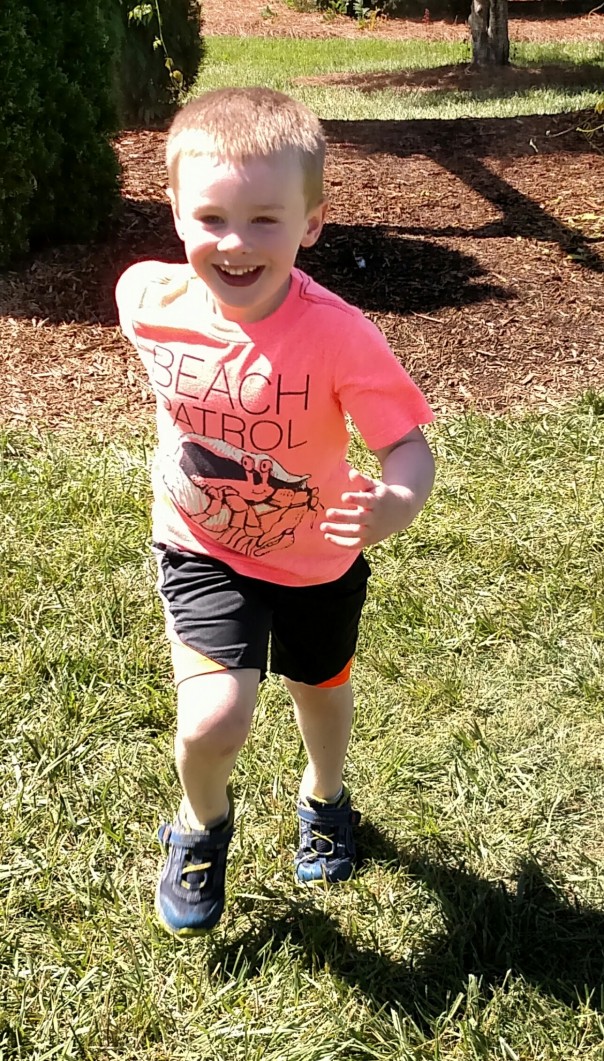 However, as body positive as we are, I was not quite prepared for the conversation Noah and I had this morning.

He woke up extra early so we stuck him in our bed so he could watch cartoons while Matt and I got ready for work.  I had just gotten out of the shower and was walking around our bedroom getting dressed.  [Reminder- I am 7 months pregnant and my body has changed quite a bit over the past few months.]

I give him a rather dumb-struck look and I say: “Yes. What about my boobs?”

Noah: “They are just RIDICULOUS!!”

I am now staring at Noah with a little bit of disbelief and a little bit of confusion trying to figure out exactly where this is coming from when, Matt, from the bathroom yells: “Yeah buddy!  They are ridiculous!” in a rather macho tone.

At this point, Noah gives me a sheepish grin so I know he knows what he said was inappropriate yet incredibly funny.  I have to now deal with my incredibly immature husband and try not to laugh so as to not encourage such behavior.

And, if I do say so myself, my boobs are rather fabulous.  Thank you.