As you know, Mother’s Day was this past weekend.  Noah’s school had a special Muffins with Mom event and all of the moms were invited.  Well, his teacher had mentioned it to me a week before but, because we have about 90 things going on at once, I forgot.  Thankfully, I noticed a sign-up sheet on the door on my way out which prompted me to ask what time I needed to be there.  3pm.  Got it. 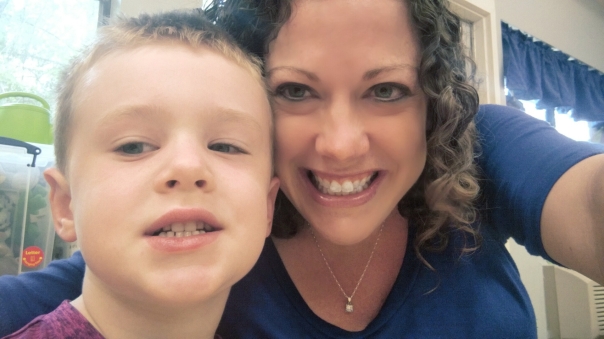 Well, 2:45pm rolled around, I had already arranged with my boss that I needed to leave early to go to Noah’s school for Muffins with Mom.  It takes 15 minutes to get there, I’ve been really busy at work lately so every minute counts.

Well, as luck would have it, I hit every single red light on the way and got behind some very slow and pokey individuals.  I get to the school and had to park a very long way away down a hill on the side of the road because there were so many other mothers who were there on time.  It was 3:05pm.

As I walk in the door, the director of the preschool was, at that very moment, walking out of Noah’s classroom.  She had Noah in her arms, his face was beet red, and he was fighting back tears with every bit of energy that he had.  When she saw me, she said, “See Noah.  I told you your mommy was coming.” (Dagger to the heart.)  He runs as fast as he can and gives me the biggest hug.

I squeezed him and said, “I told you I was coming today.”  Just those words were apparently the release he needed to let all of those tears he had been holding in go pouring out of his face.  In the saddest, most tearful voice ever, he says, “I-I-I didn’t think you were coming.”  (Another Dagger to the heart.)

Well, now I feel like the biggest asshole mom on the planet.

I finally get him all calmed down, face wiped, all smiles.  We walk in the room and at least 5 different moms proceeded to tell me how sad and pitiful he was the entire time that he waited for me to get there.  “His face was so red.”  “He was so strong fighting back all those tears.”  “You wouldn’t believe how upset he was.”  (Dagger, dagger, dagger.) 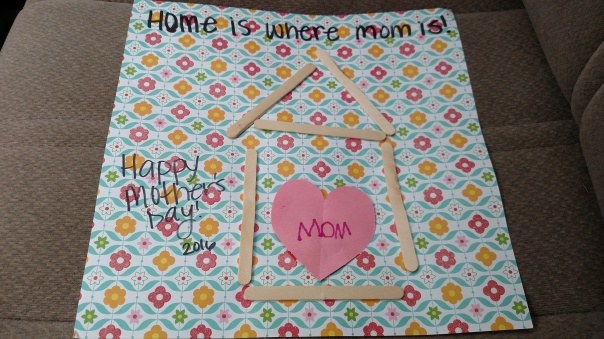 Then, another little boy in the class who had built some kind of solidarity with Noah because they both had deadbeat moms who were late, totally lost it when he saw me enter the room.  He was okay when he and Noah were both mom-less.  But now that I was there, the tears came on like waterworks.  Well, seconds after this, his mom came in and all the other moms started the same comments.  “He was so sad.”  “He has been crying like crazy.”  Seriously people.  Leave her alone!

Well, all the mommy guilt aside, Muffins with Mom was really sweet.  Noah got to introduce me and was so proud of his Mother’s Day card that he made me.  We ate muffins, drank pink lemonade, and had a nice time.  I even took him to the park afterwards so that I could make up for being 5 minutes late. 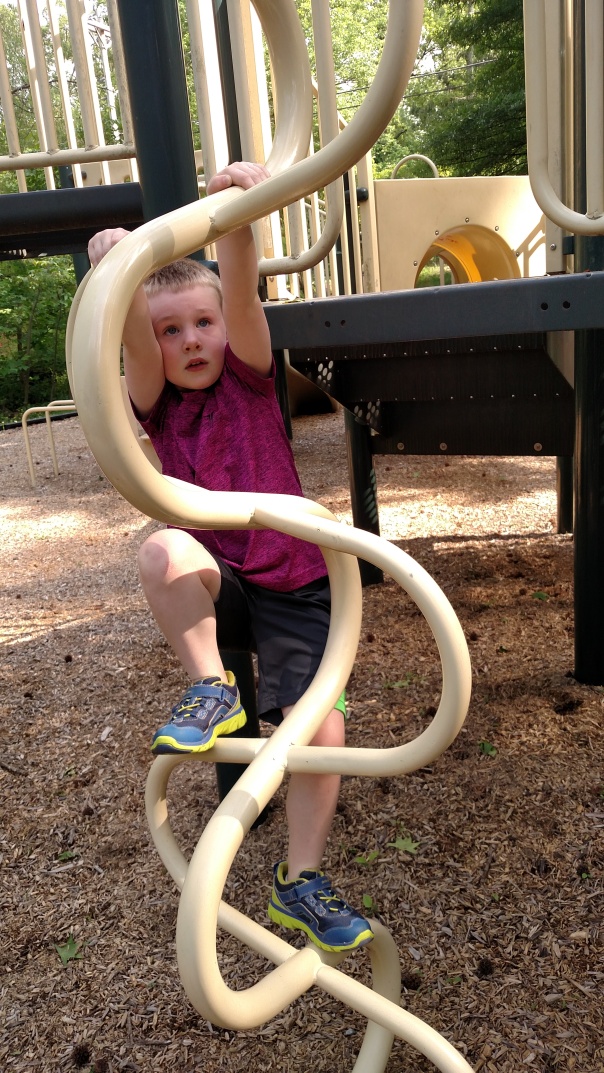