← The Swimming Pool- Boys vs. Girls
An unwanted lesson in patience →

A different kind of parenting

While I completely understand that dogs are not kids, and kids are not dogs (although there was this one time that Noah stripped down naked and ran his butt across the carpet), I first became a mom 10 years ago when we adopted Kenan. 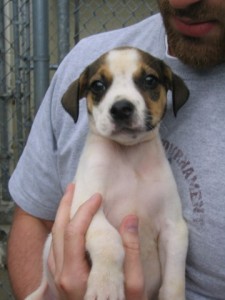 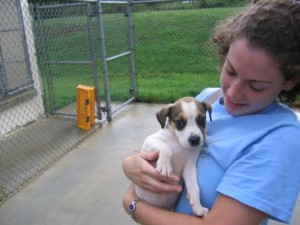 I didn’t grow up with dogs.  Mom was always a cat person and, turns out, I am severely allergic to cats so I never really got all that attached.  But the summer before my senior year in college, Matt moved to Chapel Hill, we got our own apartment, and, long before Noah was even a possibility, we decided to head over to the Orange County animal shelter and become parents.

There was nothing amazing about the little brown and white puppy at the shelter.  He was tiny, had a swollen belly, and he walked as though his back legs were a little shorter than his front ones.  My mom even said later, “Of all the cute puppies there, why did you pick that one?”  (Thanks mom- sarcastic tone intended)  But he was mine.  I knew it the minute I saw him.  Kenan was my first dog and I was his mom.

Now, the first few years were interesting.  We learned that Kenan is not like other dogs.  In fact, I have begun to refer to him as a special needs dog.  He just has some very peculiar quirks that only a mother could love.  For example, Kenan talks.  And when he talks, he has inflection and emotion.  You know exactly what he is saying to you even if you don’t understand the words.  And sometimes, he yells at you.  If you are in his seat on the couch, he will lay his head on your knee and howl and bellow at you until you finally get tired of it and get up.

We have to give him sedatives to go to the vet because he really hates it there.  We actually left our last vet because they labeled his file as “vicious dog.”  Now, we have an amazing vet who takes her lab coat and stethoscope off before she comes in the room.  Then she slathers one hand in peanut butter, gets down on the floor with him so he can lick it off, and then examines him without him even knowing it.

All his quirkiness aside, he has been there for Matt and me through thick and thin.  He has challenged us, comforted us, protected us, and scared us half to death.  One time, we were visiting family in Asheville for the holidays and Kenan managed to escape out of the car and run across a major highway (3 times!).  Fortunately, it was Christmas day and the road was somewhat empty but I nearly had a heart attack.

He moved with us from Chapel Hill to Cincinnati and lived in the tiniest apartment you could imagine.  We finally got him into a bigger house when we moved back to North Carolina and he had his own fenced in back yard (which he protects and guards 24/7).  We have walked hundreds of miles with him right beside us and he has peed on every tree and fire hydrant at every park in Greensboro.  And he has comforted me in times of deep sadness and fear with those same sparkly eyes that I fell in love with so long ago in the animal shelter.

Well, last winter, we noticed that Kenan was starting to walk a little funny- almost as though his back hips hurt a little.  We took him to the vet and, because the vet is such a horrible experience for him, she gave him some anti-inflammatory meds for what seemed to be a little arthritis.  It seemed to work a little and then all of the stress from the holidays distracted us and pulled our thoughts in different directions. 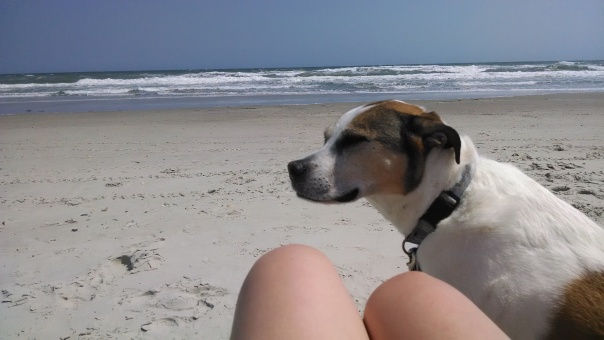 In February of this year, we noticed that Kenan was starting to curl his back toes a little when he walked which caused him to drag one of his legs slightly.  We assumed it was the arthritis getting worse and took him back to the vet for confirmation.  She agreed, prescribed some more meds, and asked us to keep an eye on him for any progression.

We took him and Poplar (his little sister who is a black lab mix) to the beach in late May and it became very evident to us that something was seriously wrong.  His foot prints in the sand looked as if he was dragging rolling luggage behind him.  His back end started to drop if he stood too long and Matt had to carry him up and down the stairs.

The crazy part is that it seemed as though the front half of him had no idea that the back half didn’t work anymore.  He ran down to the ocean, chased seagulls, and protected the beach house from potential threats just as he always had.  He was just much slower.  And when we got back home, he would still take off running out to the back yard and, on occasion, his back legs would go flying off to the side and bang into the sliding glass door.

His condition had progressed so quickly that, when we took him to the vet when we got back, she immediately referred us to a neurologist.  She suspected and later confirmed with a blood test that Kenan has Degenerative Myelopathy which has an incredibly sad prognosis (the disease can be compared to ALS in humans).

Fortunately, there is not a lot of pain associated with the disease and, it doesn’t appear as though Kenan is even aware that something is wrong.  But, at the end of the day, he is my first baby.  The joy that I have gotten in watching Kenan and Noah interact and play has been tremendous.  I truly don’t think Kenan knowsthat he is not a human as he and Noah play and bicker like brothers.  Noah shares his snacks, pets him on the head, and talks to Kenan in a way that you would talk to your best friend. 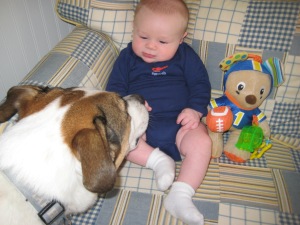 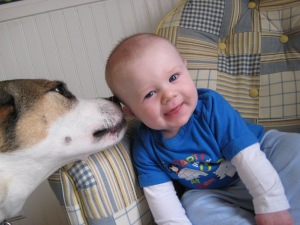 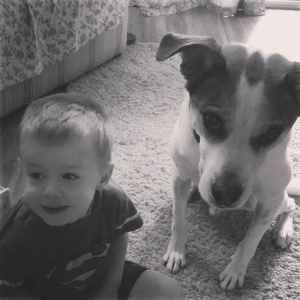 The idea of saying goodbye to Kenan when he is still so vibrant and enthusiastic breaks my heart in a way that I never knew was possible.  And, even though I am a counselor and I am trained to help others cope, I suck at grief.  Just as you change when you have a child, you change when you adopt a dog.  I didn’t choose Kenan that day in Chapel Hill; he chose me.  And, while I truly do hope that I have so much more time with him to show him how much he has given to me, I would like to think that he would choose to be part of our family all over again. 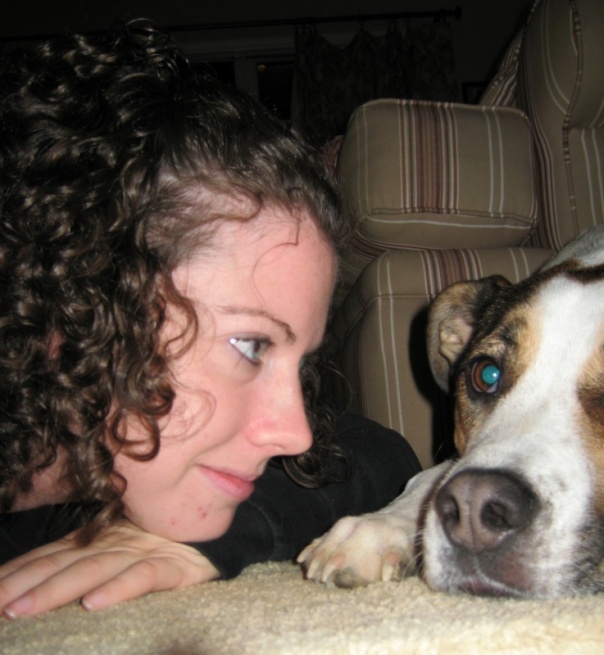 ← The Swimming Pool- Boys vs. Girls
An unwanted lesson in patience →